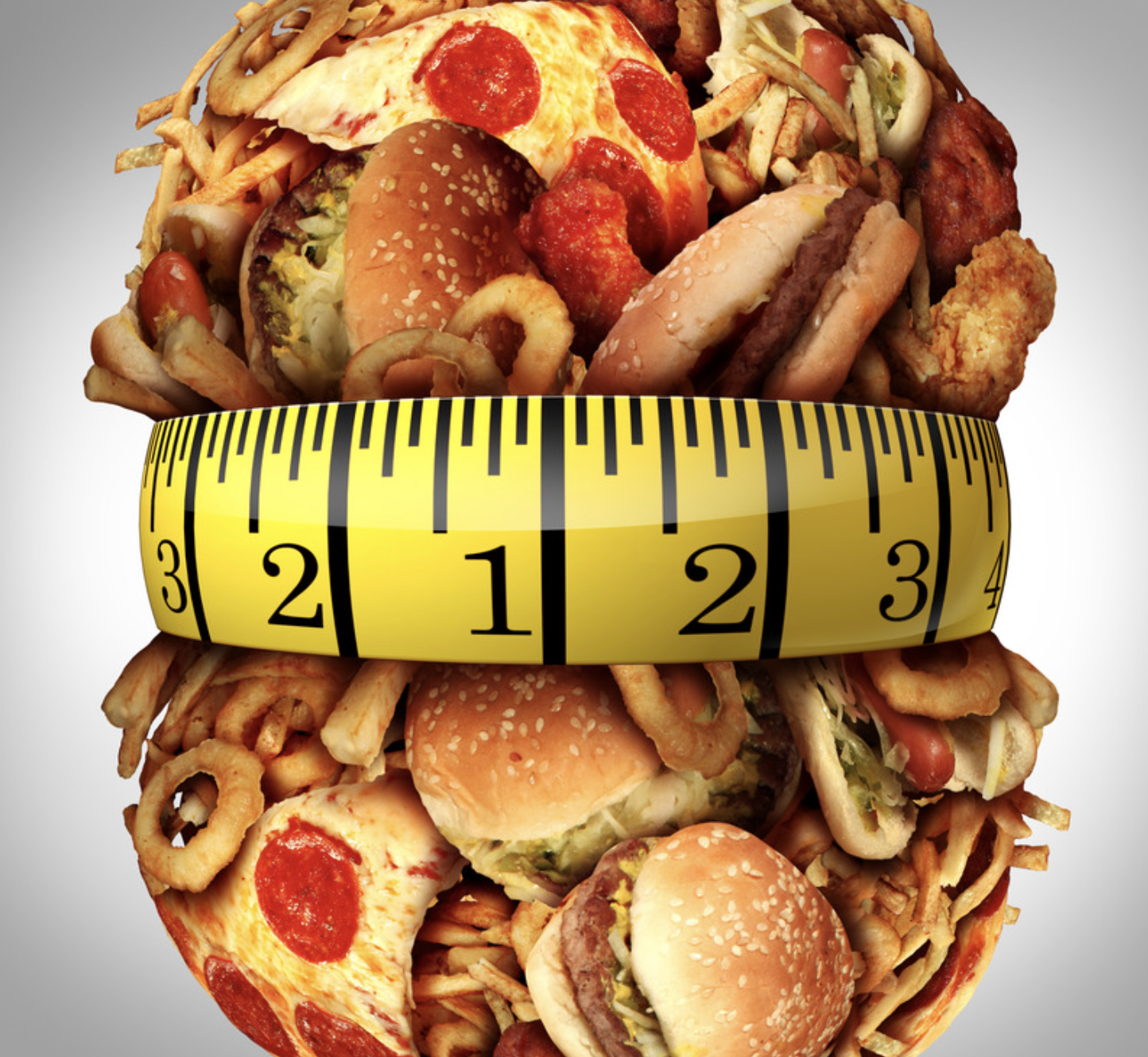 This past Tuesday, I had my annual checkup at my nurse practitioner’s office. The thought of a medical professional writing down the official number of my weight, tracking the gradual (and, some years, not so gradual) uptick—something I perceived as a personal and moral failure for much of my life—used to make me sick to my stomach. Any other year, and I would have spent the days before totally dreading the appointment, but this year I wasn’t completely terrified to step on the scale.

For the first time in my life, I weighed less than the previous year. Not enough to brag about in writing yet, but I’ve made some sustainable adjustments in my life that have me in the right direction. Of course, I am fortunate enough to have a high degree of stability in my life that allows me to make the extra time and money to make healthier choices however.

To recycle the same lede I used in my last blog post, not everyone is so lucky. The fact that obesity is typically without a singular cause doesn’t help, and from mental health barriers to lack of education, a lot of reflection has to happen before someone can even begin to healthily orient themselves. For the socioeconomically disadvantaged, the food pyramid is a whole other mountain to climb.

There have been civilizations that prized overweight people, and cultures in which fatness was indicative of prosperity, but the skyrocketing obesity rates of the present have more to do with unhealthier, processed foods being most of what low-income communities have access to. According to the CDC, the national obesity rate reached 42.4% in 2017-2018, an average that doesn’t reflect varying data across different states, ethnicities, classes, etc. For the purposes of this reflection, we must keep in mind that while malnutrition has historically meant emaciation, we are now running into the opposite extreme.

Let’s scrutinize some more specific New York numbers: In NYC’s wealthiest borough, the obesity rate sits at 15%. In the Bronx, NYC’s poorest, it hovers at just under 30%. Andrew G. Rundle, an epidemiologist at Columbia University’s Mailman School of Public Health, has stated that people in the Bronx are 85% more likely to be obese than those in Manhattan. In an article dating back to 2010, the New York Times labeled this phenomenon “The Bronx Paradox.”

Part of the reason our vocabulary has shifted from describing food-related needs as “hunger” to “food insecurity” is to acknowledge this new face of malnutrition. While poverty may mean the food insecure are without enough to eat (especially during the COVID-19 pandemic and in historically underprivileged communities), it is more likely to result in a lack of fresh produce (or healthier foods in general) because those experiencing poverty are more likely to reside in food deserts. In the Bronx, there’s plenty of pizza/fast food places and bodegas filled with lined shelves or brightly packaged chips and sodas- and a decent amount that also stock some meats- but, the number of supermarkets is not comparable or compatible with the local population density. Because there technically is plenty of food available—it’s just that none of it is especially healthy—the more aptly-applied term “food swamp” has arisen to describe such neighborhoods.

In the South Bronx, bodegas outnumber supermarkets 25 to 1. In neighborhoods like Belmont and Tremont, it’s as bad as 37 to 1. According to a 2012 study that examined food establishments from Crotona to Tremont neighborhoods, 46% were bodegas, 19% were fast-food restaurants, and only 5% were supermarkets. Aside from those worrying statistics, the study also determined that though 91% of the bodegas sold fresh produce, 20% sold nothing besides onions and potatoes and 13% sold no fresh fruit. The top three items advertised in these bodegas were sugary drinks, alcohol, and tobacco.

One-third of Bronx residents receive SNAP benefits, which are not accepted everywhere and cannot be used for hot foods. Established decades ago, the Special Supplemental Nutrition Program for Women and Children (WIC) has made strides to provide another form of federal assistance meant to help pregnant, postpartum, and breastfeeding women, infants, and children (up to age 5) who meet at-risk residential and income requirements meet nutritional targets. In 2010, the percentage of obese WIC participants was 15.9%, but the more recent 2018 numbers show that that number has dropped slightly to 14.4%.

It goes without saying, concern about obesity is not rooted in aesthetics or morality. Obesity drastically increases risk of heart disease, stroke, type 2 diabetes, and some types of cancer, all of which feature among the leading causes of premature death in the United States. The underprivileged also have less access to healthcare, never mind the money to afford it. Even beyond health concerns, those who suffer from obesity generally experience a worse quality of life when it comes to physical movement and general comfort.

That’s where Mott Haven Fridge comes in. No, we can’t cover all of the bases not touched by the federal government, fill every food desert, and clean up every swamp, but we can help fill in the gaps. Plenty of people who struggle with food insecurity don’t qualify for any federal benefits (especially undocumented residents), and the number of those eligible for WIC is even smaller. In any way possible, it is vital to tackle the root causes of obesity in socioeconomically disadvantaged areas, namely food insecurity, before lodging complaints about lifestyle choices.

Grace Marie Mendez
General
For the Farmworkers
Being able to stay inside on a hot day, perched next to a fan/AC unit, is a privilege that not everyone gets to experience...