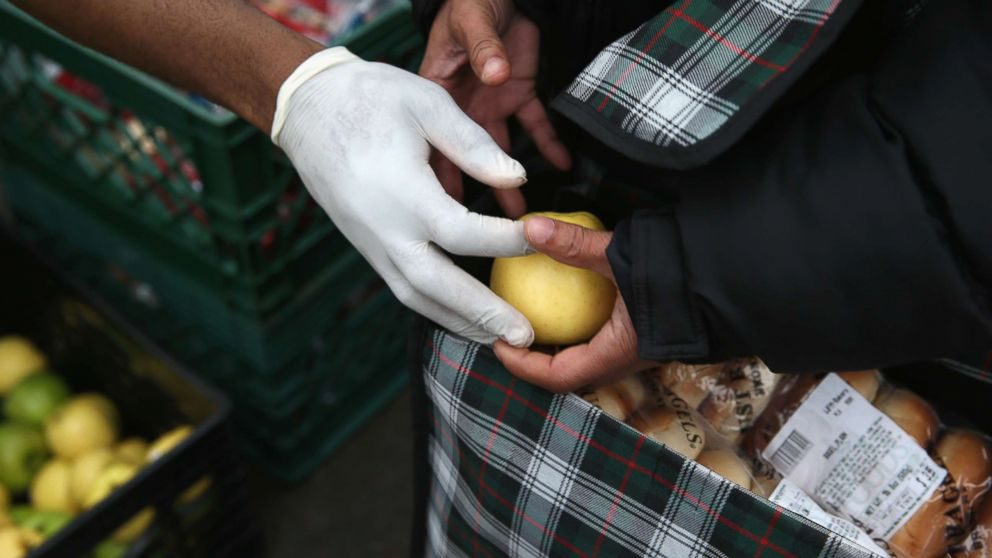 Food insecurity is an important issue that is prevalent throughout underprivileged neighborhoods. For undocumented people, it is a reality that happens too often and isn’t talked about as such. The argument that undocumented people should not recieve the same basic human necessities is invalid, as everyone deserves food and basic necessities to live regardless of citizenship status.

There is a disconnect when it comes to undocumented people who do not speak the language. Having this disconnect prohibits illegal immigrants from gaining access to food resources that may be available to them. According to Frag.org, “U.S. citizen children decreased more rapidly for children living in mixed-status households compared to children in citizen-only households during fiscal years 2016–2019.” The decline in SNAP benefits might have occurred due to the mass deportations occurring during the Trump Administration.  This was a massive blow to immigrants who were living in fear of deportation and not able to ask for assistance.

Bridging the gap between languages and letting undocumented people know they have rights is important. Because there is a language barrier, a lot of “aliens” and their children are living in hunger, something that Mott Haven Fridge has vowed to mitigate when setting up their first and second fridges. The exact number of immigrants in the U.S. are not available as it is unknown, but from the numbers recorded that org2.salsalabs.com states, “In these studies, estimates of food insecurity vary greatly, depending on the population focus, with most estimates ranging between 30 and 60 percent, though rates as high as 80 percent have been documented among some vulnerable farm workers in the southwest U.S” Living in uncertainty for many undocmented people also takes a toll on other aspects of their health, exacerbating chronic conditions.

Many undocumented people work jobs that most Americans do not want to do. They are often paid less than minimum wage since they can’t work jobs that are “on the books.” During Covid, work has been almost non-existent, especially for those who worked in the food industry. Families have gone without their needs being met due to money constraints and lack of food.

In California, there are proposals to help those who are struggling and in need of food and resources. “Democrats in the state legislature this year proposed opening California's state-funded food stamp program — which serves about 35,000 authorized immigrants who don't qualify for federal food stamps — to all income-eligible Californians, regardless of immigration status.” (usanews.com)

All people should be helped when it comes to basic necessities no matter the immigration status. This is an on-going issue with all peoples in underprivileged neighborhoods who need our help to over the fight against food insecurity.

General
The Bronx Paradox
This past Tuesday, I had my annual checkup at my nurse practitioner’s office. The thought of a medical professional writing down the official number of my weight, tracking the gradual (and, some years, not so gradual) uptick...

Emily O’Neill
General
For the Farmworkers
Being able to stay inside on a hot day, perched next to a fan/AC unit, is a privilege that not everyone gets to experience...